What’s a devil to do?

Order, order...this meeting is now in sessionThe agenda: Getting the focus off of ChristTheir God calls themTo be a light on a hill, shinning in the darknessTheir Savior desires that all will knowThey are Christians by their loveWhat’s a devil to doTo get the focus off of Christ?Let’s use their natural sinful tendenciesPut the focus on themselvesUnforgiveness, you sow seeds of hurtBitterness, you come alongside and nurse a grudgeBefore long anger and resentment Will be able to slip in unnoticedGossip, your assignment is to loosen tonguesMay the sparks of slander spread to all who have an ear to hearCause them to forget that their Savior died And has forgiven the very one they won’t forgiveTheir prayers will be rendered ineffectiveWhen they are distracted by their feelings, instead of focused God My fellow demons, may the saint’s love for GodAnd for the brethren be rendered impotentSow the seeds of discordThat we may soon reap the fruit of divisionby Susan WachtelNovember 19, 2011For I am afraid that when I come I may not find you as I want you to be, and you may not find me as you want me to be.  I fear that there may be discord, jealousy, fits of rage, selfish ambition, slander, gossip, arrogance and disorder. – 1 Corinthians 12:20
Therefore, as God’s chosen people, holy and dearly loved, clothe yourselves with compassion, kindness, humility, gentleness and patience.  Bear with each other and forgive one another if any of you has a grievance against someone. Forgive as the Lord forgave you.  And over all these virtues put on love, which binds them all together in perfect unity. – Colossians 3:12-14
at November 19, 2011 6 comments:

At the Foot of the Cross 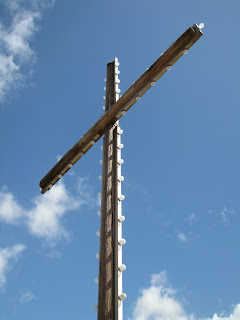 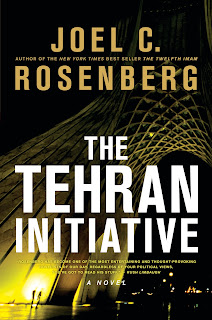 Author Joel Rosenberg is a master of intrigue and suspense and has another winner with his latest novel, The Tehran Initiative.  Right from the start this book draws you in and you won’t want to put it down.A bold assassination plan is launched in the opening chapters of The Tehran Initiative.  CIA Agent David Shirazi is a dutiful son is standing by his mother’s sickbed when duty calls.  The President of the United States, the Prime Minister of Israel and the President of Egypt are attacked in New York City.  Within hours, David is headed back to Iran to see if he can find out who was responsible for this deadly terrorist attack on American soil.  Can war be averted as the Twelfth Imam continues to persuade Islamic countries to join his Caliphate?  Should nuclear weapons be entrusted to the self-proclaimed Islamic messiah who has genocidal plans against Israel?  Will the United States stand behind their ally and the only democratic government in the Middle East?  Will America and the world wake up before it’s too late?  Will they?  Well, you’ll need to read the book to find out!Joel is an excellent writer, skillfully weaving current Middle East events with Christian biblical prophecy and Islamic eschatology.  There were a couple of times when current news events closely resembled scenes in the book.  (That was kind of eerie.)  Joel does a good job in developing the characters and giving you an understanding of who they are and what motivates them.  I enthusiastically recommend this book, both for the Joel Rosenberg fans and the person who hasn’t yet read one of his novels.  This book stands well on its own or as an exciting and welcomed addition in the continuing series by Joel Rosenberg. FTC Disclosure: I received The Tehran Initiative for free as part of the Tyndale Publisher book blogger program. I was not required to write a positive review. All opinions expressed in this review are my own.

Yet Will I Praise Him

After a long exhausting day that left me spent, on my drive home I put in a worship CD from the Getty’s “In Christ Alone”.  Worship music, hymns and praise have a way of healing the soul.  For this Lord…I give you thanks and praise.
Praise the LORD with the harp;Make melody to Him with an instrument of ten strings.Sing to Him a new song; Play skillfully with a shout of joy. For the word of the LORD is right,And all His work is done in truth.Psalm 33:2-4

Email ThisBlogThis!Share to TwitterShare to FacebookShare to Pinterest
Labels: Across the Land, The Getty's, Yet Will I Praise Him
Newer Posts Older Posts Home
Subscribe to: Posts (Atom) 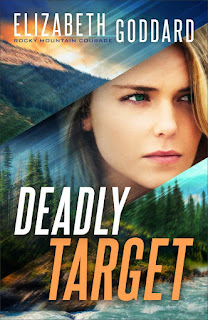