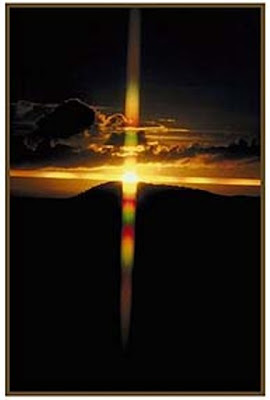 Following some recent events...I’ve been contemplating the power of God in my life. Do I experience God’s resurrection power in my life?

Nearly 17 years ago when I understood that I was a sinner and in violation of God’s Law...that I was unable to save myself from my sin...I accepted Jesus Christ as my Lord and Savior. I’ve never doubted Jesus’ ability to save me from my sin. Never once doubted that I would go to heaven...not based on my own worth...or because it’s something I deserve....but because Jesus paid, in full, the penalty for my sin. He was condemned...I was forgiven...and declared “righteous”. It’s not my own righteousness that I wear...but Jesus Christ’s. In that respect my faith is solid...rock solid.

But I got to thinking...do I ask for and expect to see God’s power working in my life? Is His power evident in my difficulties...in my trials and tribulations? Not just getting by or enduring. But do I know that God can bring me through triumphantly? Do I believe that God can not only save me from the consequences of my sin...but that He can deliver me from them here and now?

Well if I do...there hasn’t been a lot of evidence to demonstrate that belief. Sometimes I feel like I come dragging to the finish line. I made it...but barely. There are times...that just enduring can be a great victory. But I’d like to live out that resurrection transforming power in my life.

God specializes in transforming people with His power. He took a bunch of fisherman...who ran when Jesus was arrested...and turned them into men who willingly went to their death rather than deny the testimony of Jesus Christ. God took Peter who denied Jesus when confronted by a little girl...to one who would not shut up...but instead was compelled peach the Gospel until he was silenced by execution.

While I don’t know the final outcome...I do know that God is working on me and in me. From out of the blue...from the most unexpected source I’m walking a path I never thought I’d be on. The funny thing is...in the middle of it...I’m not sitting here thinking, “I want this and I want that”. Instead...I’m saying...I want to be walking according to Your will and plan God. I want this relationship to honor and glorify You. I want it to be filled with love, care and concern...with forgiveness, peace and joy. I want You to be the center of this relationship. Jesus...I want You to use this as testimony to those around me. Be an encouragement to believers...and a witness to unbelievers. I want people to see a difference...see what a relationship can be when God at the center.

When author Robert Whitlow writes a book, I want to read it.   That’s why I was excited at the opportunity to read his newest book Pro... 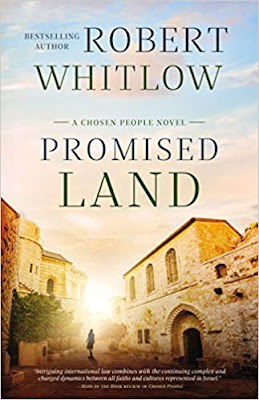